Everything you need to know about SIGNAL! Sandra English’s Good Practice Guide (March 2021) 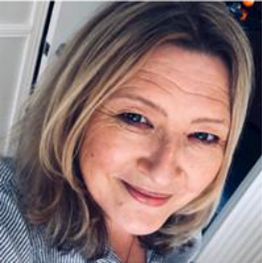 Sandra English is an experienced SIGNAL Facilitator.  In her role as Coach & Development Officer at Reviving the Heart of the West End (RHWE) she has been using SIGNAL for the last 18 months. RHWE is based in the West End of Newcastle. It runs Explore, Start & Grow, a European funded programme designed to engage people furthest from the labour market and, through a menu of activities, introduce them to the world of work and enterprise. “The key to the success of Explore, Start & Grow is that it is person-centred and can be tailored to their needs”. 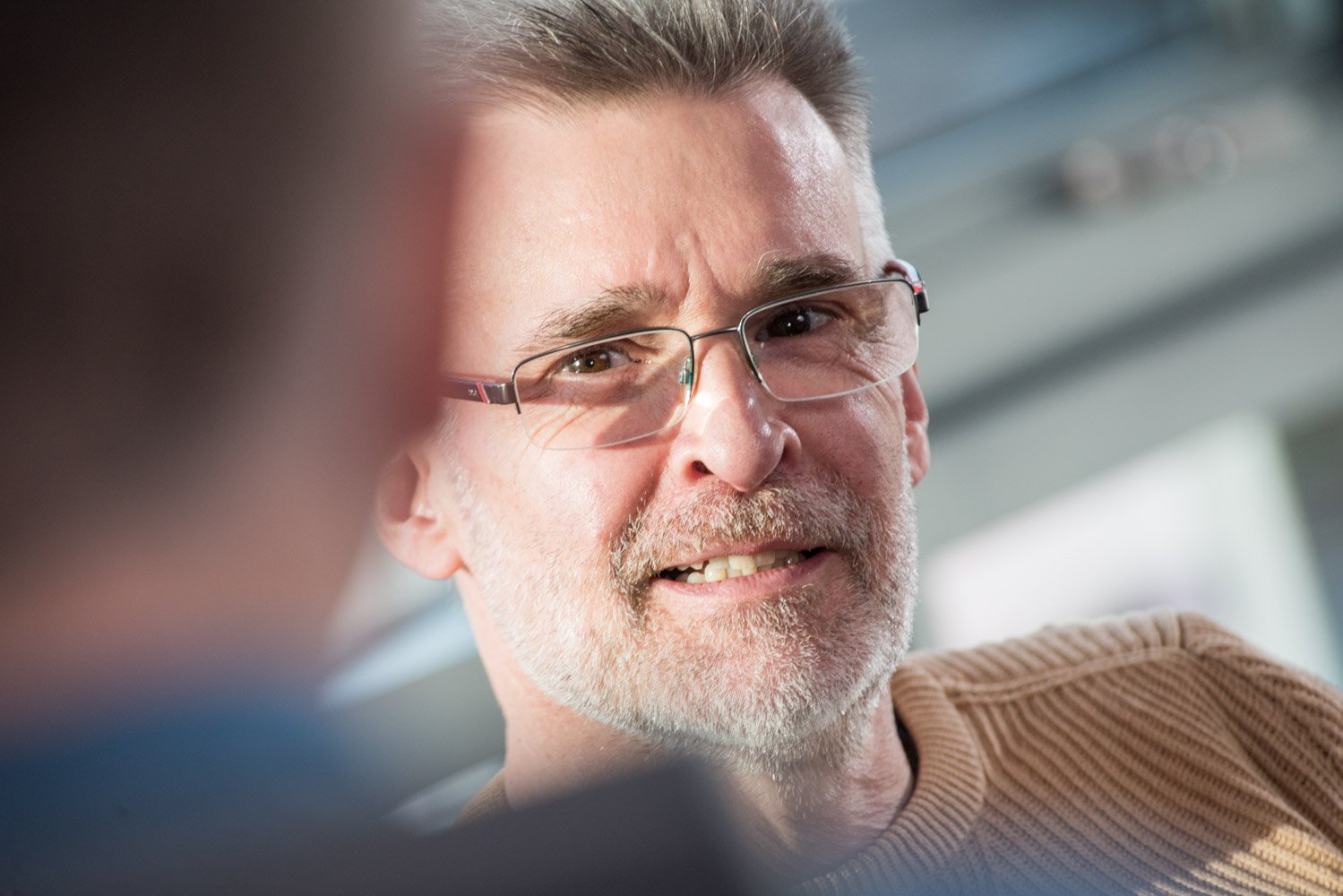 Robert Webb is a founding director of SIGNAL in the UK.  Here he talks to Sandra about  her experience of using the tool  and to find out what  her top tips are that might help others develop their own good practice.

RW: Does SIGNAL add value to the work you do?

SE:  Without a doubt!  It fits seamlessly with RHWE’s person-centred approach. And we really benefitted from the way that the SIGNAL Team worked with us in the early stages to make sure that  it was fully integrated into our working practices. It’s about working with the ‘whole person’. It recognises that people are on a journey and it puts them at the centre of that journey and allows them to determine where they want to go and at what pace.  The methodology is built around the idea that we need to be able to see the world through their eyes.

At the practical level, I find it’s a brilliant way to have a conversation with someone because it provides a structure, it covers all the bases, it’s intuitive and easy to use, people tend to enjoy the experience and, unlike a conventional survey, they get something useful out of it immediately.  I also love the fact that when a person takes a follow-up survey you can see the changes that have happened in their lives, and of course, so can they; and I have lots of examples where people are excited by this and I can see how genuinely empowered they feel.

By the way, follow-up surveys are very easy to take because they are automatically linked to the first survey  via the ‘take a follow-up survey’ button on the person’s dashboard.  It’s very important to  plan in advance when the follow-up survey will be taken which would be, on average 6 months later, or at end of a programme that someone has attended.   And of course a person can do as many follow-up surveys as they like.

I consider myself to be an experienced (some would say, ‘seasoned’!) practitioner, but I keep finding things out I would never have known if SIGNAL hadn’t given people the chance to identify them and then, should they wish to, talk about them.  It really helps me to understand the underlying causes behind the issues they’ve identified and this in turn helps both me and the person agree a personal development plan.

And from RHWE’s point of view, because SIGNAL generates a person-centred plan that is flexible and built around a person’s life it gives people a chance to properly settle and reflect and therefore to make a commitment to a course or programme because they have the confidence that their needs are understood and being taken seriously.

RW: How do you approach facilitating a survey?  How do you prepare for it?

SE:  Confidentiality and trust are crucial.   It’s important that people feel comfortable, so I may have met them a couple times before I introduce SIGNAL.  I then explain to them what it’s all about and how it can help them identify their real priorities; that is, things in their life that they might want to change and that are most important to them, so that we can work together to build the personal development plan.  When I’m able to have face to face meetings, I make sure that we’re in a comfortable space where we won’t get interrupted.

RW: Could you offer some insight about how you approach each section of the survey?

SE: First of all, I would say that, for anyone who’s coming to this for the first time, it’s essential to familiarise yourself with SIGNAL by practising on the Demo site. You’ll get a feel for how it works, not just in terms of what you might find out about your own circumstances (I did my own survey when I was  just starting out, and I can tell you, it  wasn’t all green by any means!) but also getting familiar with the Terms and Conditions & Privacy Policy pages which a person has to agree to to be able to proceed. That’s the bit with the most words, so make sure you know what it says so that you can  explain it if someone gets stuck.  It’s actually a very positive message because, for example, it emphasises that we’ll be treating their data in strict confidence and that they can ask to have it removed at any time they like.

Also, you’ll get to learn simple little things like how to change the date on the calendar to record someone’s DOB (It’s dead simple, but if you’ve been through everything first, it definitely saves a bit of time!). Similarly with the Map:  one of the strengths of SIGNAL is that it geo-references the information so that, as the number of surveys increases you can see ‘hotspots’ emerging which, from the organisation’s point of view, means that you can highlight particular issues and better target resources to tackle priorities in a specific geographical area.  And because all you need is the person’s postcode rather than their full address, their anonymity is protected.

When it comes to the question asking them about their gross household monthly income it can look a bit intrusive and technical, and not everyone will know the answer.  I explain that it doesn’t have to be accurate to the nearest penny, but it would be useful if they can make an educated guess!  Oh, and by the way, the figure should include all their income, including any benefits they may be in receipt of.

The fun part starts with the survey itself.  54 indicators (or ‘questions’) might sound a lot, but actually, because we’re asking people to say how they feel about each one, it tends to rattle along because people generally know how they feel.  My role at this point is to clarify (and it’s OK to paraphrase where necessary).   And don’t forget, it’s not you asking the questions – it’s SIGNAL that’s doing that.  Psychologically I think that makes a big difference, particularly when it comes to some of the more potentially sensitive indicators like ‘sexual health’.

RW: You’re absolutely right!  Another experienced facilitator was recently describing how, after being quite nervous before she did her first survey, she quickly came to realise that she could trust the process: SIGNAL was doing the ‘heavy lifting’ on her behalf, and she could relax, safe in the knowledge that the survey was going to cover all the bases.

SE: Exactly!  It’s very important to approach each survey with an open mind and, whatever you do, don’t get distracted by what you think might turn out red.

RW: Can we turn to the Life Map, and in particular, how you go about working with people to identify their priorities? 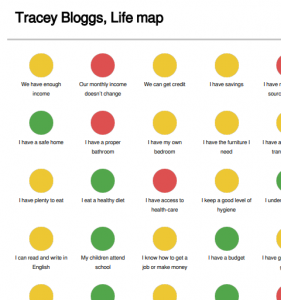 I think the Life Map is the heart of the methodology. It’s where people have the opportunity to reflect and to have a conversation about what’s important to them. Often, people can be pleasantly surprised by how ‘green’ their lives are because SIGNAL highlights the positives as well as the negatives: and having the chance to focus on the positives can be a good way into thinking about the areas of deficit.  Having a conversation is important because it leads into a discussion about what their priorities might be and also what the causes are behind the major issues in their life.  Of course these can be many and varied, but in practical terms, our experience of using SIGNAL has underlined the importance of only focussing on two or three priorities at any one time.  There are a couple of reasons for this.  First, you want the Life Map to be practical and manageable.  If    someone decided they wanted to do something about every single red on their Life Map it could feel overwhelming and not achievable.  And this leads to the second point, which is that, almost always, when someone is able to turn a red to yellow, or a yellow to green, it has a positive knock-on effect on many other indicators.  For example,  if someone prioritises Entertainment & Recreation, the  underlying cause of why they don’t take part in leisure activities outside their household might be because they lack in self-confidence due to having had a hard time at school.  We have certainly found that where self-confidence and self-esteem issues are addressed it has a knock-on effect on other areas, like feeling more confident about going for job interviews.

The SIGNAL tool allows you to keep a record of what the cause of the issue is behind any chosen indicator, what the plan is to address that issue, and approximately how long it might take to get there.  So, it’s really important to make sure you write this down in the drop down box which appears when you click on the prioritised indicators.   You can also add priorities retrospectively if a person needs some time to reflect before deciding what they want to focus on.

Just as importantly, when a person succeeds in turning a red or a yellow to green,  which they will report in their follow-up survey,  that can then be highlighted as an achievement, so now you can keep a record of how that happened and, for example, who or what represented the key stages on that journey.

It’s also good to note that you can edit a completed survey which can be particularly useful if you’ve spelled a name wrong or recorded the wrong data of birth – all easy mistakes to make!

RW: Finally, do you have an example of where the data you have collected from surveys shows a pattern of need within the community?

SE: To give you just one example, 60% of everyone I see is either at risk or in extreme deficit in relation to their ability to access credit.  There are many reasons for this, the most serious being that it’s due to domestic abuse where a partner has used the client’s credit card to run up debts.  I know that the extent of the problem and the variety of reason for it would not have been so well understood without SIGNAL providing insight into the causes.  We have used this information as evidence-of-need to run credit awareness workshops which explore strategies to improve credit scores and how to manage a credit card.